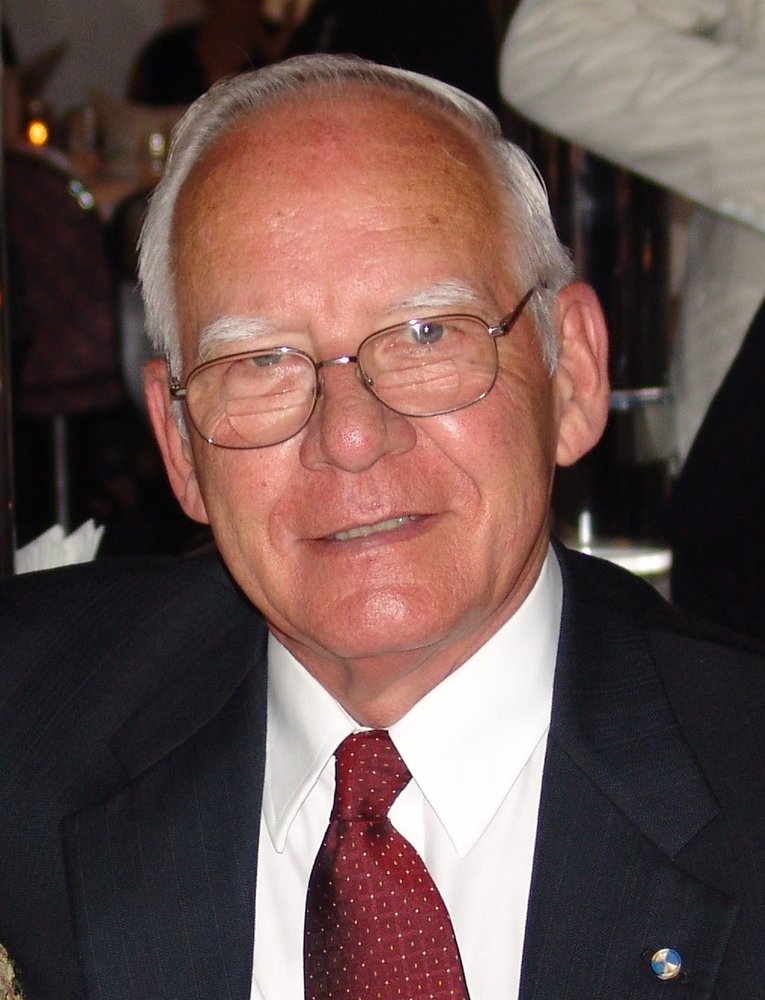 BRADSHAW, Colonel Robert Gibson “Bob”, Jr., USAF (Ret.), age 85, a resident of Auburn, Alabama, and formerly of Roanoke, Montgomery, and Stillwaters, died Monday, June 21, 2021, at the Bethany House in Opelika, Alabama. Graveside services will be held at 3:00 PM, Friday, June 25, 2021, from the Cedarwood Cemetery with Rev. Paul Messer officiating. Quattlebaum Funeral Home will be in charge of the arrangements.

Colonel Bradshaw was born in Roanoke, Alabama, on July 25, 1935, the son of the late Robert Gibson and Merle Griffin Bradshaw. In December 1936, his family moved to Denver, Colorado, where they remained until returning to Roanoke in 1950. He graduated from Handley High School, in Roanoke, in 1953. He and Betty Naomi Beverly, of Roanoke, were married at the First Methodist Church, Roanoke, on December 15, 1956. He received his B.S. and M.P.A. degrees from Auburn University and was a graduate of the Industrial College of the Armed Forces and the USAF Air War College. He was a member of the Alpha Tau Omega social fraternity, the First United Methodist Church, the National Society of the Sons of the American Revolution, a Life member of the Auburn Alumni Association, the Military Officers’ Association of America, and the B-47 Stratojet Association and a Charter and Life Member of the Red River Valley Fighter Pilots’ Association. He served for 30 years, from 1958 to 1988, in the Air Force as a career military officer and pilot. He was a Cold War veteran in the B-47 medium bomber with the 100th Bomb Wing at Pease AFB, NH, including 13 nuclear-alert deployments to Torrejon Air Base, Spain; and a 1966-67 Vietnam War veteran with 108 combat missions, 100 of which were into North Vietnam against heavily concentrated air defenses in the F-105D fighter-bomber with the 354th Tactical Fighter Squadron at Takhli RTAFB, Thailand.

He later served as an instructor pilot and operations staff officer at Craig AFB, Selma, AL; as a member of the first USAF Mission Analysis on Future Undergraduate Pilot Training and as Chief of the Flying Training Division at Headquarters Air Training Command, Randolph AFB, TX; as commander of the 35th Flying Training Squadron at Reese AFB, TX; as chief of the USAF Military Assistance Group in Thailand; as commander of Air Force ROTC at the Florida State University; and as Vice Commandant of the Air Command and Staff College at Maxwell AFB in Montgomery. His military awards include USAF Command Pilot Wings; the Legion of Merit; two Distinguished Flying Crosses with “V” for valor; the Defense Meritorious Service Medal; fifteen Air Medals; a Distinguished Presidential Unit Citation; four Air Force Outstanding Unit awards, two with “V” for valor; the Vietnam Service Medal with two battle stars; honorary Royal Thai Air Force pilot wings; and others.  After his military career and until his retirement in 1996, he was business manager and administrator for Montgomery Eye Physicians in Montgomery.

Betty and he lived and traveled to many places and have many wonderful experiences, both by themselves and with friends.  They lived what they called “Our Great Adventure.”