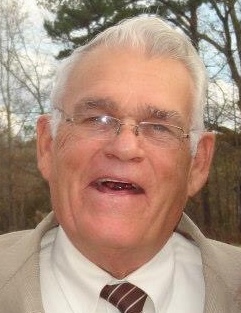 The family will receive friends at Quattlebaum Funeral Home on Sunday September 1st from 5:00 to 8:00 p.m.

A Roanoke native, Mr. Lambert was born on July 15, 1941, the son of Frank and Lois Lambert.  He was a member of the Roanoke National Guard and the Owner/Appraiser of Reliance Real Estate of Alabama. He served as Chairman of the Alabama State Appraisal Board for two terms. He was the first appointed member of the Randolph County Economic Development Board. He was a member of the Roanoke Masonic Lodge and Scottish Rite. He was also a 32nd Degree Mason. Mr. Lambert was preceded in death by his parents and his daughter, Natalie Lambert and his sister, Frances Fetner.

Memorials may be floral or the family suggests contributions to the Shriners Hospital of Atlanta (40 M.L.K. Jr Dr SE, Atlanta, GA 30312).