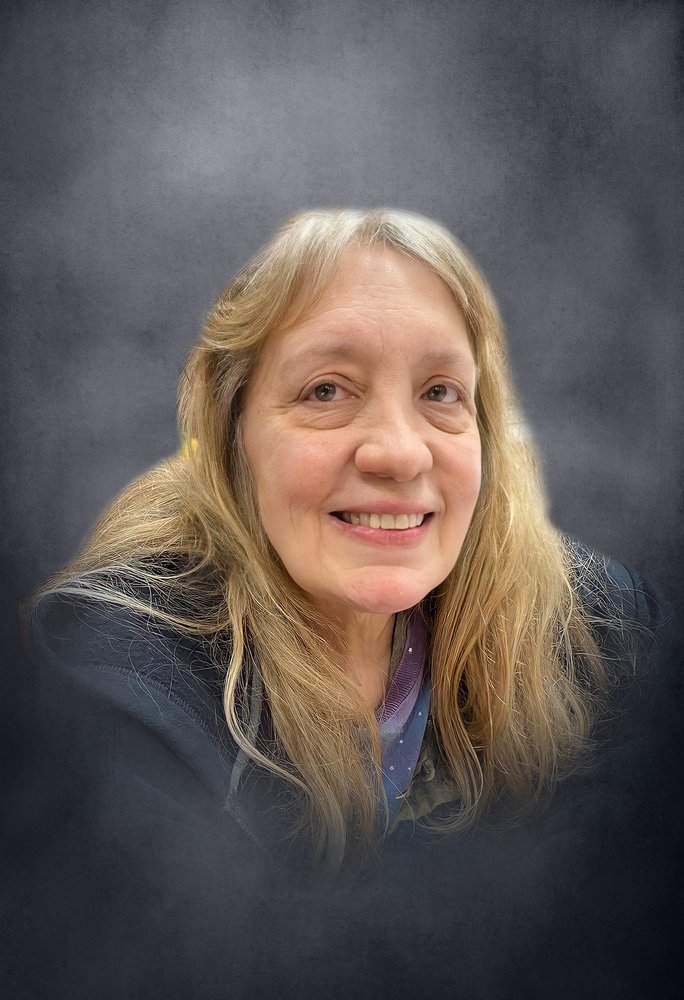 Please share a memory of Nina to include in a keepsake book for family and friends.
View Tribute Book

Graveside services for Nina Lowry Miszkiel, age 63, of Roanoke, will be held at 4:00 pm on Tuesday, July 6, 2021, at Cedarwood Cemetery with Mark Lowry and Blake Lowry delivering eulogies.  Quattlebaum Funeral Home is in charge of arrangements.

The family will receive friends at the funeral home from 3:00 to 4:00 pm on Tuesday, July 6th.

Survivors include one brother, Mark Lowry (Venessa) of Roanoke; one sister, Dena Lowry of Fultondale, Alabama; several nieces and nephews.

A resident of Prattville for 21 years, Mrs. Miszkiel was born February 9, 1958, the daughter of Emerson Richard and Catherine Jean Wylie Lowry.  She was Christian by faith.  She held a Bachelor of Fine Arts degree from Auburn University and had been employed with Britton Advertising.  She designed the logo for several businesses, including Baptist Health South in Montgomery.  She also created the logo for Roanoke First Baptist Church’s production “A Walk with the Carpenter’s Son.” She was preceded in death by her parents; husband, John Miszkiel; and one sister, Carol Jean Lowry.