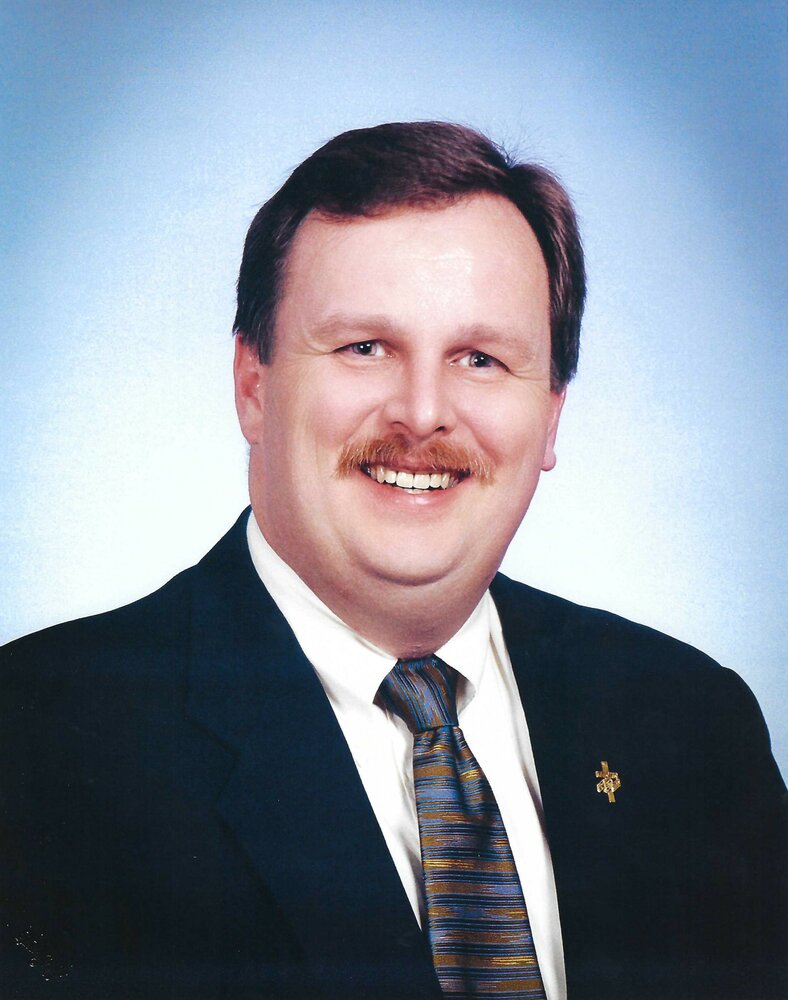 Please share a memory of Jesse to include in a keepsake book for family and friends.
View Tribute Book

Surrounded by family, Jesse Randal Stephens was taken home to be with his Lord and Savior, Jesus Christ on Thursday, December 8, 2022. Randy was preceded in death by his parents, Jessie and Anita Stephens and his sister, Shirleen Knowles.  He is survived by his wife of 46 years, Wanda Townley Stephens; a daughter, Haley Elizabeth Richardson; a son, Evan Blake Stephens (Kelsey); a granddaughter, Abigail Laine Richardson; and a grandson, Noah Blake Richardson, of Birmingham, Alabama.  He is also survived by his sister, Janeen Stephens Amason (Marc) of Acworth, Georgia; brothers-in-law, Roger Townley (Carol) of Foley, Alabama, and Joel Knowles of Roanoke, Alabama; nephews, Stephen Amason of Acworth, Georgia, and Keith Townley of Roanoke, Alabama; nieces, Jessica Knowles of Salt Lake City, Utah, and Jennifer Knowles Harper (Josh) of Roanoke, Alabama.

Upon graduation in 1974 from Handley High School in Roanoke, Alabama, Randy attended Southern Union Community College and West Georgia Radiological Institute earning a degree in Radiological Technology, later completing his Bachelor of Science in Business at Capella University.  In 1978, he and his wife Wanda relocated to Birmingham, Alabama.  His professional career began at Carraway Methodist Medical Center and Norwood Clinic, where he developed a passion for serving and ministering to patients.  Cardiology became his focus, being afforded the opportunity of learning under the leadership and mentorship of Joaquin Arcienagas, M.D., and many others, eventually teaching in the field of Echocardiography and Pacemakers.  Soon after, he was recruited by St. Jude and later Medtronic, where he settled into servicing many facilities throughout the Southeast as a Clinical Specialist in his field of Cardiology.  For the past eight years, Randy was privileged and honored to serve with Boston Scientific Corporation, where he worked closely with a team of cardiology professionals in healthcare facilities throughout Birmingham, Alabama, and the Southeast Region.  One of his greatest joys was to share in his work alongside his daughter, Haley, while at Grandview Medical Center.  By the testimony of those closest to his profession, Randy’s greatest attribute was to minister to the physical needs of every patient while providing compassion, spiritual encouragement, and hope.  Due to his extended illness, he retired from Boston Scientific Corporation in December of 2021.  His love of family was evidenced by the thousands of photographs he took over the years at every family gathering and holiday with those special “photo sessions” that everyone looked forward to as he patiently worked for the perfect pose and lighting.  He loved outdoor photography, capturing landscapes and beautiful churches with each image revealing a great story to the one who viewed them.  He made sure everyone knew he was an avid Alabama football fan and always enjoyed attending and making memories at the games with his son, Evan. He took great pride in family, celebrating each one for their unique gifts and talents while encouraging them to lead by example.

Randy also had a profound voice and ministry in the field of Music, serving as Minister of Music to several church fellowships in the Birmingham area.  His love of music remained strong throughout his life, always giving honor and glory to his Savior for every blessing and opportunity to serve in this way.  Appropriately, his family is witness to the lives that were blessed by this gift.  For the past 20 years, he and his wife have been active members at Hunter Street Baptist Church, where he sang in the Choir and taught Small Group classes.  We give God all the honor and glory for what he has done in the life of this humble man with a servant’s heart.  He has been described by those who knew him best as a patient and kind teacher, strong mentor, loving husband, father and grandfather, a man of deep faith and courage who has lived life with perseverance and endurance, always looking to Jesus as the perfecter of his faith.  We look forward to reuniting with him in Glory to worship, sing and praise our risen Lord for all eternity.

A community Graveside Service will be held at Randolph Memory Gardens in Roanoke, Alabama, on Thursday, December 15, 2022, at 2:00 PM with Pastor Brian Hinton officiating and Quattlebaum Funeral Home in charge of arrangements.

The family will also host a Celebration of Life Service at Hunter Street Baptist Church in Birmingham, Alabama, at a later date.